A decade ago, smartphones (by todays’ standards) didn’t exist. Thirty years earlier, the only computers that existed were large mainframe machines occupying entire buildings. Today we have as much computing power in the phone we carry in our pocket.

Computer chips have become increasingly powerful while costing less. That’s because over the last five decades the number of transistors—or the tiny electrical components that perform basic operations—on a single chip have been doubling regularly. The doubling of computer processing speed every 18 months, known as Moore’s Law, is just one manifestation of the greater trend that all technological change occurs at an exponential rate.

Today, taking advantage of technology to provide a watchful eye on your home has never been easier or cheaper.… Read the rest

People who haven’t tried acupuncture might recall memories of childhood injections and hesitate to try a therapy that involves getting poked with needles. However, the average size of an acupuncture needle is .25 mm which is 20 times smaller than the average hypodermic needle used for injections. That is just over twice the size of a human hair. Depending on where the needles are inserted, it’s often a painless procedure. There can be unusual sensations as the body’s bio-electric energy or qi is being mobilized; however, they don’t last long and aren’t painful. For very sensitive people, the tiniest needles of just .18 mm can be used, and acupuncture needles don’t have to be inserted deeply to be effective.… Read the rest

The Wilsonville Chamber advocates for business-friendly legislation at the local and state levels of government. We monitor public policy issues, so you can focus on your business, not government regulation.

The WACC Legislative Blog Report was created to serve as an important, bipartisan resource during the current Legislative Session. The Chamber’s goal is to report to our members with timely information to enable you to be well-informed and effectively involved in the legislative process.

1.Revenue. As we’ve noted, there is currently over $5.67 billion in additional revenue proposals that are alive in the legislature. The crown jewel of the revenue proposals is HB 3427, the $2 billion gross receipts tax for K-12 and early education.… Read the rest

Phil Gerbyshak is an award-winning speaker and trainer who works with organizations and salespeople to integrate social selling and technology into their business practices. A former VP of IT and director of social selling, he’s been leading and training teams of all sizes for many years. He’s published 5 books and more than 2,500 articles and has been quoted in The Wall Street Journal, Fortune, USA Today, and more.

Do you want to grow your business faster? Do you know how to leverage the leads you already have? Wondering how to earn referrals?

Join Phil Gerbyshak as he answers all these questions and more in “Power Selling with LinkedIn.”… Read the rest 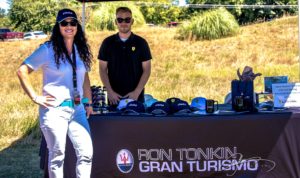 Besides being part of an exclusive networking event and a premiere round of golf, this event is filled with great opportunities to promote your business. This is a tournament you won’t want to miss!

This year’s tournament will be held on June 19, 2019, at Langdon Farms Golf Club, one of Oregon’s premier award-winning golf courses. We are expecting over 100 business professionals for this fun day on the course that includes networking, golf, food, and drink.

View the different levels of participation from which you can choose how you would like to participate in the event and support the Wilsonville Chamber.

The Annual Chamber Tournament is a fundraiser to help support our member programs and Workforce Development Scholarship Program.… Read the rest